Just one more thing before the lager and nuts: 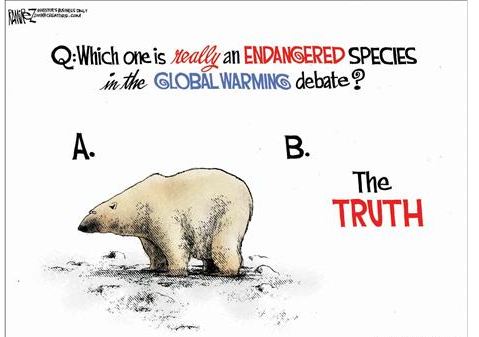 And finally (no I really mean it this time), if you are still in any doubt that scary AGW is  a fraud, bad science, based on cherry picked and manipulated data, a load of old cobblers, the opiate of the newsreaders, read Disproving the Anthropogenic Global Warming (AGW) Problem by Leonard Weinstein.

Dr Weinstein is a former senior research scientist who worked more than 30 years at the NASA Langley Research Center and is now senior research fellow at the National Institute of Aerospace.

He writes: “In order to support a theory, specific predictions need to be made that are based on the claims of the theory, and the predictions then need to happen.”

He lists six predictions required by the CO2 caused AGW theory and shows how not one has occurred. Also from Town Hall, with thanks.

If it were not for the vast amounts of money being made, AGW would have hit the remainder bins years ago.

PS. It’s cold and foggy and boring in Copenhagen.

PPS. Sarah Palin has some sensible words about Crapenhogen:

The last thing America needs is misguided legislation that will raise taxes and cost jobs — particularly when the push for such legislation rests on agenda-driven science. Without trustworthy science and with so much at stake, Americans should be wary about what comes out of this politicized conference.