Hairy Blokes in Ladies Bathrooms – What Could Go Wrong?

Obviously the Governor of North Carolina is a homophobic pig for thinking little girls should not be forced to use the same public restrooms as sweaty middle-aged men. That includes me, incidentally, but I am pretty careful to use the bathroom that matches my own bathroom equipment, if you get my meaning.

If you really think the people of North Carolina are bigots, and especially their governor, and PayPal is tight to boycott them (I wonder what Geoff Boycott would think of this) while simultaneously operating in countries like Saudi Arabia where homosexual acts are illegal and homosexuals can be executed, then you probably won’t bother to read this article from the always illuminating Chicks on the Right. But if you have a brain cell or two, perhaps you should …

I hate to be That Person who gloats and says “I Told You So.” But – I told you so.

According to this, a person who is biologically a man claimed to be transgender so he could get into a women’s shelter in Toronto. Toronto, if you aren’t aware, allows transgender people to use whatever restroom they like – and it appears that also extends to other facilities meant solely for women. From the article –

Christopher Hambrook, 37, leaned on the ever expanding legal “rights” offered to people who “identify” with the sex opposite their biology. Under the name “Jessica,” he was able to get into the women’s shelters, where he sexually assaulted several women in 2012, the Toronto Sun reports.

Court heard how one woman awoke to find Hambrook assaulting her on her bed. “Her tights had been pulled down past her bottom and her bathing suit had been pulled to the side,” court documents reveal. “She yelled at the accused, demanding to know what he was doing. He simply covered his face with his hands, said ‘Oops!’ and started giggling.”

Court also heard evidence of Hambrook terrorizing a deaf woman living in the shelter. “The accused grabbed the complainant’s hand and forcibly placed it on his crotch area while his penis was erect,” court heard.

The same deaf women reported that Hambrook would peer at her through a gap between the door and its frame while she showered.

But you know – places like North Carolina are a bunch of bigots for passing laws that make it illegal for biological men to use facilities meant for women.

I’ve raised this point before, but it bears repeating – if progressives are so insistent on pushing statistics like 1 in every five women will be raped on a college campus and that all men are rapists simply by existing and women are helpless victims whenever men are around – then why in the name of all that is good and holy would they criticize a law that’s meant to prevent terrible things like rape and sexual assault from occurring?

Oh, that’s right – because they’re a bunch of hypocrites.

Here’s the scary part of this story: women’s shelters exist to help women and children who’ve been abused by scumbags who don’t even deserve to be called “men.” That includes everything from physical abuse to mental and sexual abuse. Why would you let a strange man into a shelter meant to protect women, just because he says he’s actually a chick? That’s the exact OPPOSITE of compassion!

Bruce Springsteen and every other wailing liberal moron can take their boycott of states who actually WANT to protect innocent people from predators and perverts and shove it. 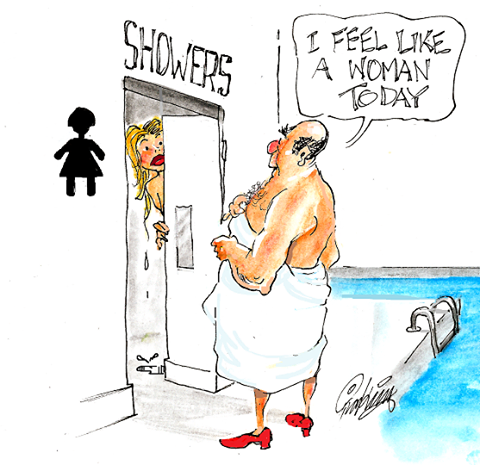 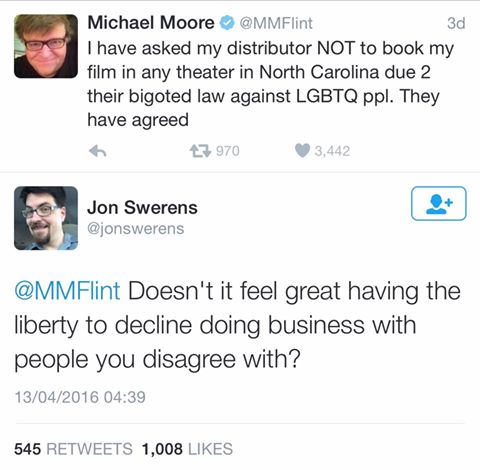 A lot of people are missing the point. This is NOT aimed at LGBTQ people. Its NOT even saying that LGBTQ people should stop being who they are or who they identify as, But our children need to be protected. Unfortunately the majority of people LGBTQ or otherwise would not do anything to hurt a child, but there is always that small percentage who will used and abuse any opportunity given them. Children are our future, they need to be protected and cared for not exposed to people who will leave them feeling confused, insecure or worse.