So called renewable energy is not renewable.

When you take into account the cost of construction, installation, maintenance, transmission, and the need to keep real energy sources running constantly to make up for fluctuations in supply caused by the unreliability of wind and sunlight, any wind or solar installation has a net cost in energy. No real contribution at all. Zero. Except to make governments and activist groups feel good about themselves. This is why, once the subsidies stop, wind and solar installations cease to function, and rust into the ground. The little they produce is not even enough to cover the cost of maintaining them.

Wind turbines produce less than one percent of the world’s energy, solar panels even less.

The cost of energy to consumers has to increase to cover the massive expense of these vanity projects. The more “renewable” energy in the mix, the higher the retail cost of electricity.

They are expensive and produce no net gain. Time to call it quits. Just stop taking tax-payer money to prop them up, and they will go away. And then private enterprise will have an incentive to invest in infrastructure that really works, and in researching new and efficient forms of energy production and distribution.

“Renewable energy” puts a brake on development in the West, and keeps millions of people in developing nations powerless and in abject poverty. Climate justice is exactly the opposite of justice. 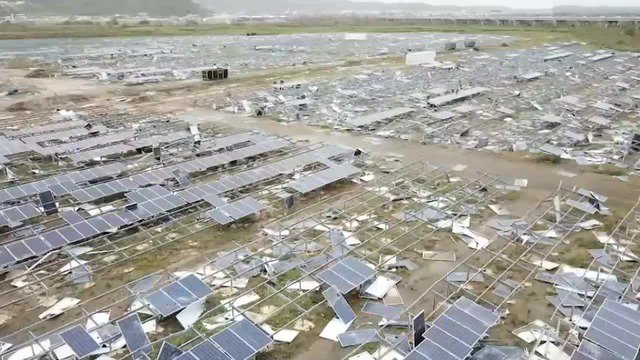