Reporting being threatened, on the other hand, is not acceptable.

Black conservative women Diamond and Silk were recently banned from Facebook because their support for President Trump made them a danger to the community. Yes, really. Even though they are polite, funny, clever as heck, and have never threatened anyone.

But when Jamie Glaznov, editor of Frontpage Magazine is actually threatened, by someone who does seem to be a danger to the community, guess who is banned? 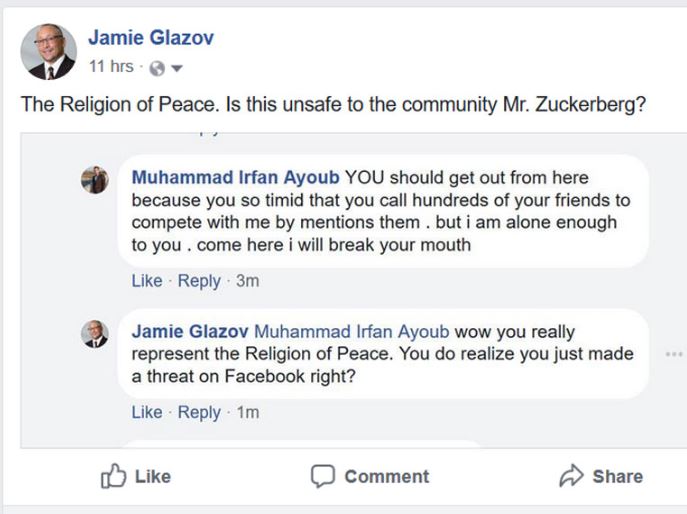